The U.S. State Department says it believes expropriation without compensation "would risk sending South Africa down the wrong path". A tweet by President Donald Trump that he had asked  Secretary of State Mike Pompeo to closely study the South Africa "land and farm seizures and expropriations and the large-scale killing of farmers"  has caused a storm of controversy in South Africa. 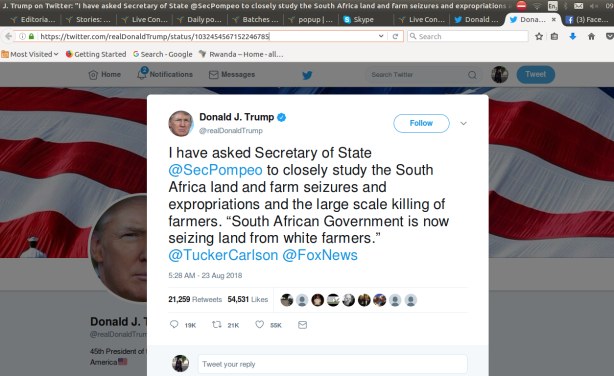 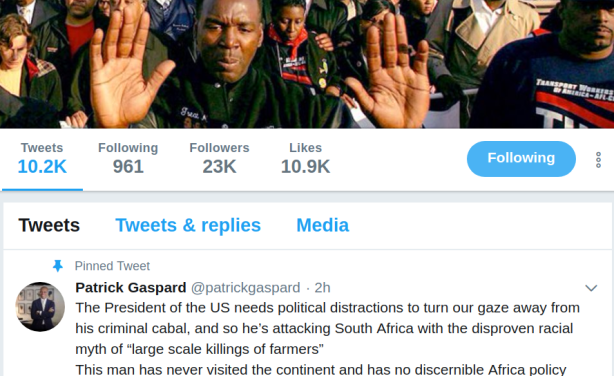