The country has seen rapid change particularly on the political front with former president Robert Mugabe ousted after ruling for over 30 years, and being replaced by President Emmerson Mnangagwa of the same ZANU-PF party. With the death of Morgan Tsvangarai, Nelson Chamisa became leader of the MDC-T party, challenging for the presidency and losing, only to launch a court bid to have the election ruled invalid - a case he lost. In the meantime various reports on the economic situation which despite the president's efforts, has not seen may takers except offers from a company in China offer to investment in the health sector which is taking a knock with dwindling medical supplies and doctor strikes. Corruption has also be unearthed in the country's central bank with several officials jailed for corruption. All this as the Aids epidemic is tightening its grip on some rural villages like Mwenezi, where villagers don't have access to treatment and care. In the meantime,an arrest warrant has been issued by South African authorities for former first lady Grace Mugabe who allegedly assaulted a woman at a hotel in that country. 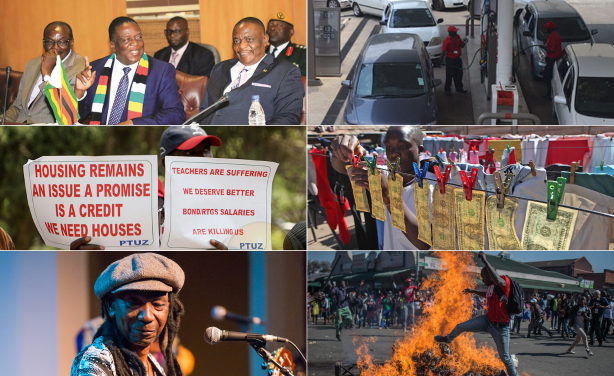