Although the scale of Cyclone Idai's destruction remains unclear, Unicef says nearly half of the 1.7 million people affected by the tropical cyclone in southern Africa are children, with the official number of deaths across the region now risen to over 700. 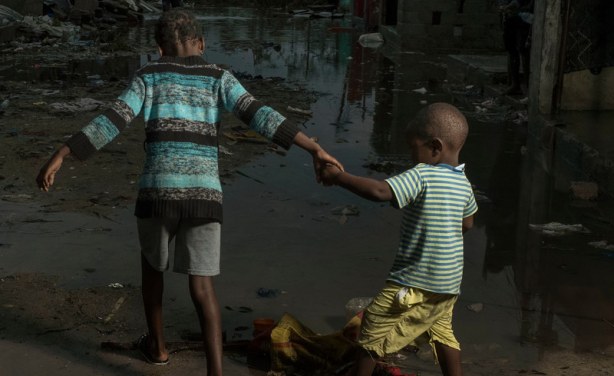 raia Nova Village was one of the most affected neighborhoods in Beira. Being a located on the coast, this shanty town of loosely built homes were extremely vulnerable to the high winds and rain. Following the cyclone families are returning trying to pick up the pieces of their lives.

Is South Africa a Haven for Fugitive Genocide Suspects?
Arms and Armies