In ongoing diplomatic fall-out over xenophobic attacks in South Africa, the Nigerian Minister of Foreign Affairs, Geoffrey Onyeama, says the country has recalled its ambassador to South Africa and there have been reports in Nigerian newspapers that the country has pulled out of the World Economic Forum Africa meeting in Cape Town. The presidents of Rwanda, DR of Congo and Malawi are reported to have pulled out of the summit in protest against the violence, but the governments of Rwanda and DRC, WEF organisers and the South African government all deny that is the reason for their absence. 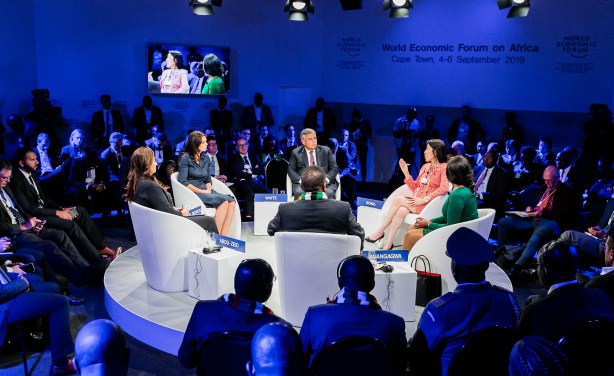 Participants during the session "Delivering the Promise of Megaprojects" at the World Forum World Economic Forum on Africa, September 4 2019.