South African President Cyril Ramaphosa has admitted that government will not be able to fix the country's economic problems on its own. He was speaking during his State of the Nation Address, which was disrupted by opposition party the Econonic Freedom Fighters. The party repeatedly rose of points of order, asking among other things that former president FW de Klerk to be removed from the chamber. National Assembly Speaker Thandi Modise eventually suspended the sitting, and the speech finally began about 90 minutes late.

Bush Radio 89.5FMSONA red carpet: who bombed and who rocked it?

VIDEO: SONA Red Carpet - Who Bombed and Who Rocked it? 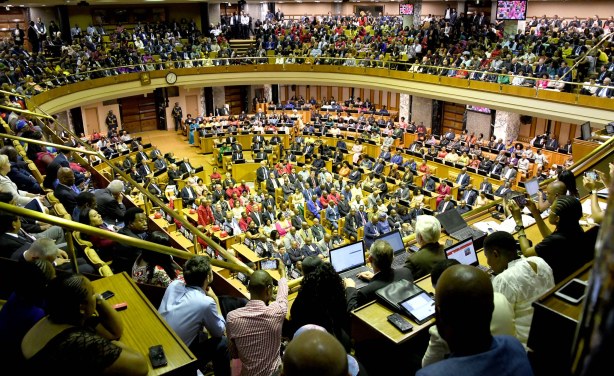 President Cyril Ramaphosa delivering the State of the Nation Address at a joint sitting of Parliament, February 13, 2020.