Ethiopia's government has declared a state of emergency in the northern Tigray region after Prime Minister Abiy Ahmed accused the opposition-led local government of attacking federal troops and trying to "loot" military assets. Deutsche Welle reports that fighting and gunshots have been reported in Tigray after Abiy ordered a military offensive. Internet access monitor NetBlocks is reported to have said that internet and mobile lines in the region have been shut down. In September, Tigray held regional elections in defiance of the federal government, which called the vote "illegal". The row has escalated in recent days with both sides accusing each other of plotting a military conflict. Since Abiy came to power in 2018, many senior Tigrayan officials have been detained, fired or sidelined in what the federal government describes as a crackdown on corruption. However, Tigrayans say the moves are intended to suppress dissent. 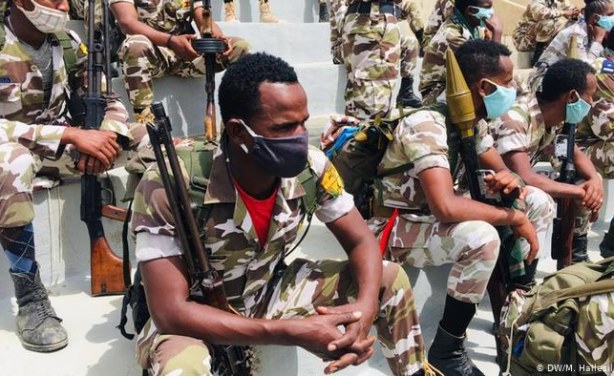