Former president Jacob Zuma says he will defy the country's top court and refuse to obey an order to give evidence to a commission investigating corruption. His announcement came after South Africa was rocked by testimony to the  commission.

In the words of veteran journalist Marianne Thamm in the Daily Maverick, Zuma's accession to power opened the way to "the creation of an unlawful, parallel, secret security state, funded by public money, much of which remains unaccounted for, and which served Zuma's personal and political interests for more than a decade." The State Security Agency targetted political rivals in the governing African National Congress and even unlawfully detained one of Zuma's wives, from whom he was estranged. Firearms issued illegally are still missing and some media houses and journalists were secretly bankrolled.

An editorial in New Frame concluded: "This week's testimony, though presented in the slow, careful and often tedious prose of the legal process, tells a story that runs like a spy thriller. It is a dystopian tale in which a James Bond villain wins state power in a brutalised and once radiantly hopeful country, and then swiftly proceeds to destroy its institutions, manipulate its media, campuses, trade unions, NGOs and courts, preside over the massacre of striking miners and the assassination of grassroots activists, and put a permanent end to any remaining innocence about its past, present and future." 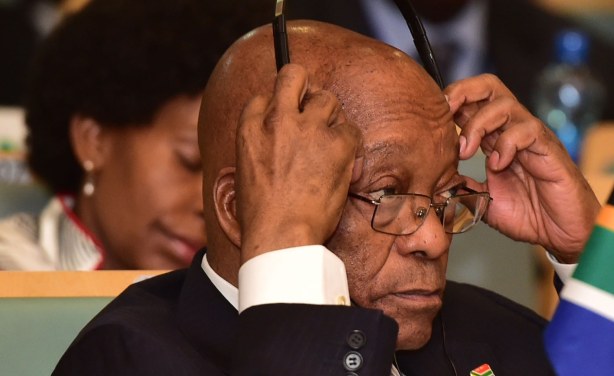 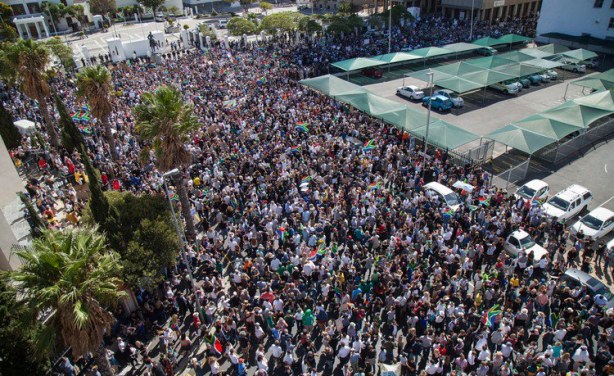 Tens of thousands march to Parliament in Cape Town demanding the resignation of South African President Jacob Zuma on 7 April 2017. The march was triggered by the axing of finance minister Pravin Gordhan.