Nigeria's battle with the militant group Boko Haram has seen thousands of citizens killed over the years in gun attacks on villages and urban areas and suicide bomb attacks. Borno State's Foduma Kolomaiya village has now come under attack, with dozens of people reportedly losing their lives in what is alleged to be another attack by members of Islamic State of West Africa (ISWAP), a splinter group of Boko Haram. President Muhammadu Buhari has expressed his shock at the attack and has ordered the army to find the attackers and residents who were kidnapped. 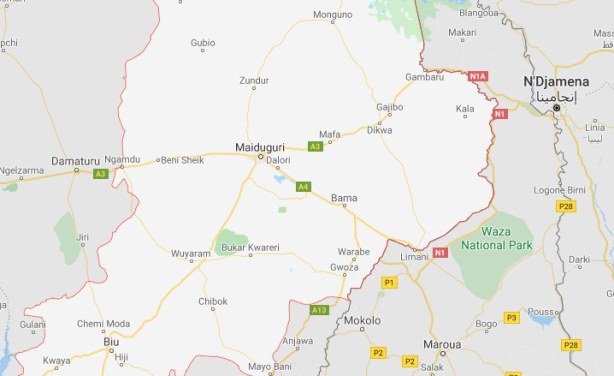 A Google map of Borno State in Nigeria.