The Kenya Meteorological Department has warned that there will be a possibility of heavy rainfall and flooding in 15 counties in the first week of December, 2020. In the advisory, the Meteorological Service Director, Stella Aura, said the moderate probability of the occurrence is between 33-66%. Some of the areas to receive the heavy rains include Nairobi, Garissa, Mandera, Marsabit, Nyeri, Isiolo, Kisii, Nyandarua, Laikipia, Kiambu, Murang'a, Embu, Meru, Kirinyaga. Landslides are likely to occur in central and western regions and residents in the areas have been urged to move to higher ground, according to Aura. 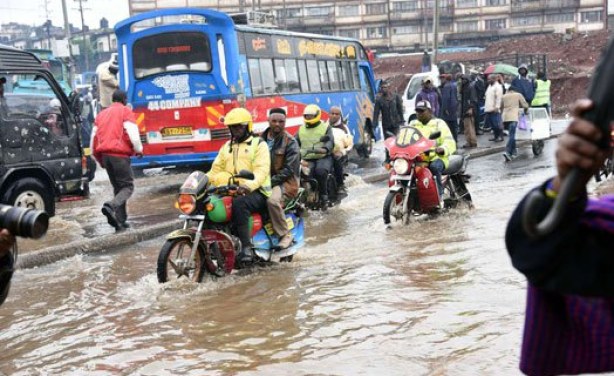 Motorcyclists ride through a flooded section of a road in Nairobi (file photo).