Ethiopians went to the polls in the long-awaited June 21 election, that was postponed in 2020 due to the Covid-19 pandemic. Election workers in Addis Ababa said turnout in the election had been better than expected, and voting had been conducted safely. But at closing time for polling stations, crowds of people were still queueing and voting was extended for hours. Voice of America reports that election organizers said logistical problems such as missing poll workers or ballots and bad weather were to blame. Many people waited all day to cast their ballot in Prime Minister Abiy Ahmed's first electoral contest. The vote is widely expected to solidify his rule, despite the beleaguered Tigray region's nonparticipation and the postponement of several other regions' votes for security reasons. 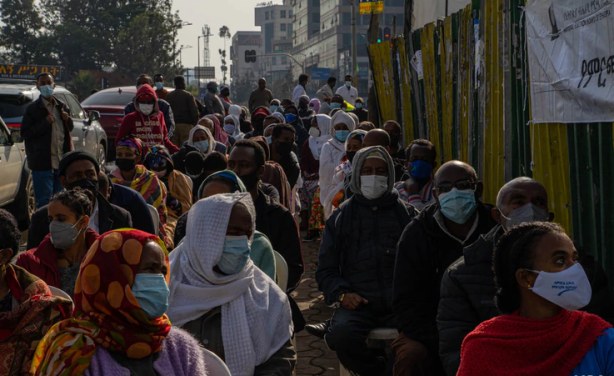 Ethiopians voters went to the polls in the early hours of the morning in Addis Ababa, Ethiopia, June 21, 2021.