Selamawit said that since the start of Ethiopia's campaign for its existence, there had been several incidents when infiltrators tried to use the border with Sudan. She said that the government had been making various efforts to repel them, writes Addis Standard.

At least 20 members of the Sudanese Armed Forces (SAF) died during a clash with Ethiopian forces and militiamen, who reportedly ambushed them in the border area of El Fashaga El Soghra in El Gedaref.

The 1,600 kilometre border between Sudan and Ethiopia was drawn in colonial times. It has never been clearly demarcated since Sudan became independent. The lack of clear border markers has made it easy for Ethiopian militants to occupy fertile farmlands in eastern El Gedaref, Radio Dabanga reports.

Mawahib Abdallatif for The Nation, writes that Sudan's military is accusing Ethiopian counterparts of firing first in the incident. 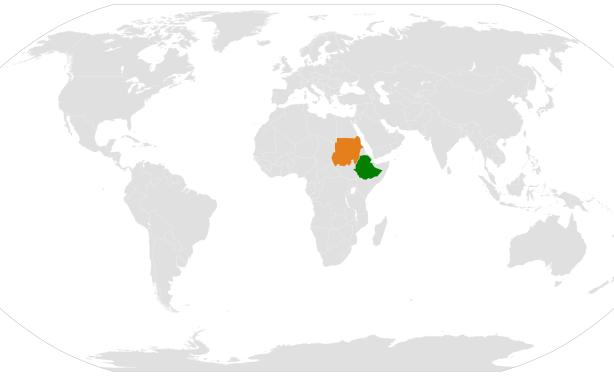 A map showing the location of Ethiopia (in green) and Sudan (orange).