South Africa's African National Congress is on course to retain power in the country, but after a lower voter turnout. Issues around corruption and unemployment may have played their part. The national and provincial elections come after President Cyril Ramaphosa replaced former president Jacob Zuma in 2018. 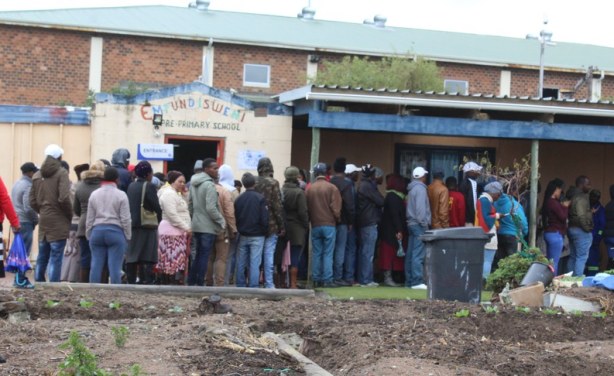 The voting booth in the Lwandle community hall in Strand could not be used because people who have lost their homes are sleeping there. Instead people had to vote at this pre-primary school. (Photo: Velani Ludidi)